The seventh edition of the Noordwijk 10 is on Sunday the 10th of July. Recommended for anyone who can run 10 kilometers and for children who want to measure themselves with their peers in the Kidsrun. Just like in 2016, 2017, 2018 and 2019, there will also be another 5 kilometers on the program this year.

So put it in your diary: Sunday the 10th of July, you run in Noordwijk! 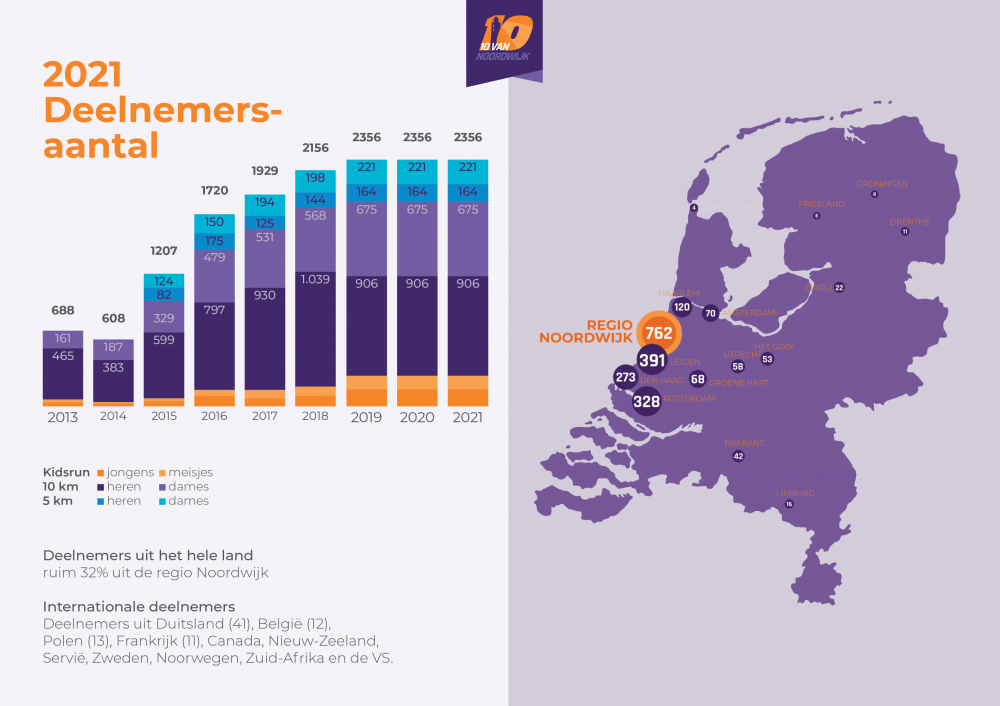